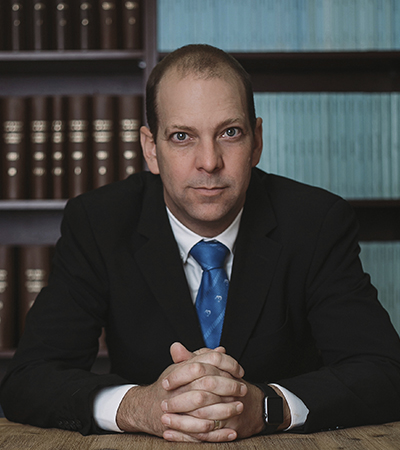 Ben became a director of his previous firm in 2007, and at that time he started up their branch office in the Western Cape. After two years, he decided to take the plunge and set up his own firm.

Ben has in the past lectured at the Law Society of South Africa’s Practice Management Course, a compulsory course for attorneys who practice at management level for the first time, whether on their own or in partnership. In this course they are taught some practical skills to manage their legal practices. Ben also sits as a Commissioner of the Small Claims Court.

Ben has been appointed to the panel of commercial arbitrators of AFSA, the Arbitration Foundation of Southern Africa, and is also on the panels of approved arbitrators of the Law Society of South Africa and the Western Cape Provincial Council of the Legal Practice Council. In this capacity, he has sat as arbitrator in commercial disputes.

Besides working, Ben enjoys spending time with his family, comprised of his wife and three children, and going camping. When time allows, he will be found reading a book, or perhaps going sea-fishing on his kayak. He is also an active member of the Gereformeerde Kerk Bellville.

He lives by the words of John Calvin:

Let this be our rule for goodwill and helpfulness, that whenever we are able to assist others we should behave as stewards who must someday give an account of ourselves.