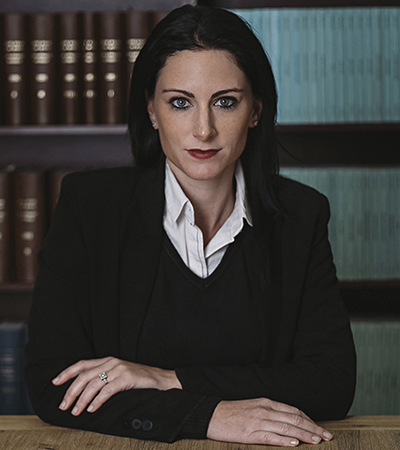 Michelle obtained the degree LL.B from the University of the Free State in 2014. In 2015, she commenced articles at a Namibian law firm and shortly thereafter obtained her right of audience in the Magistrate Court. During 2016, she was admitted as an attorney in the Republic of Namibia with right of appearance in the High Court.

Her previous firm worked in conjunction with Ben Groot Attorneys on certain matters and during November 2017, she officially joined the GVS team by establishing a branch office in Windhoek, Namibia. Michelle is the director of the Namibian office, which offers one of a kind specialised advice and service on the law of landlord and tenant as same related to Namibia.

Together with her family, Michelle uses every opportunity to explore her country. She is furthermore an avid runner and part of various animal protection programs.

Her motto in life is based on the words of Albert Einstein, who said: